Carol Smaldino is a practicing psychotherapist, a speaker, and a consultant on conflict resolution, emotions, and social justice issues. From 2009 thru 2017 she was a Huffington Post contributor. She is originally from Brooklyn, NY.

Carol shares about her passions and her work…

I wanted to change the world so my own world would feel safer – though I didn’t know it at the time. I knew I wanted my parents to be happier. Then I moved toward empathizing with people who came into my office or into whose homes I entered as a caseworker and therapist. In the earlier years they were mostly poor but even if they were rich they felt like strangers in their own skin and in the world outside.

After obtaining my Masters in Social work at Wurzweiler (Yeshiva University) I worked at a residential treatment center for deeply disturbed youngsters. It was here I realized that caring and empathy were not enough; I would have to face my own darker sides. I would have to face my helplessness and even rage toward wounded, bruised and angry kids who were expert in making staff and others feel quite helpless.

I was fortunate to study and collaborate with extraordinary clinicians at the New Hope Guild where I was a therapist and supervisor. In 1982, I launched a private practice in Port Washington, New York.

I was to learn that many of the symptoms people carry are ways of protesting unease, estrangement from within and from circumstances that can be cruel. I have learned that stories–all of our stories–need to be heard and listened to with understanding and validation.

Over the years I have increasingly seen connections between political and social impasses and divisions– and hidden emotions that cause people in high and lower places to project their/our unwanted parts onto other people and groups. My blogs for Huffington Post (2009-2018) have included these subjects as a key focus and continue as a focus in my speaking and my work as a therapist.

I live and work between Fort Collins, Colorado and Lucca, Italy. 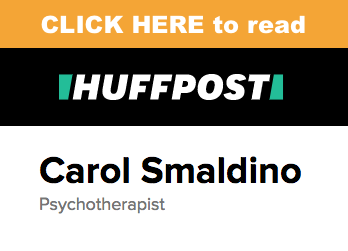